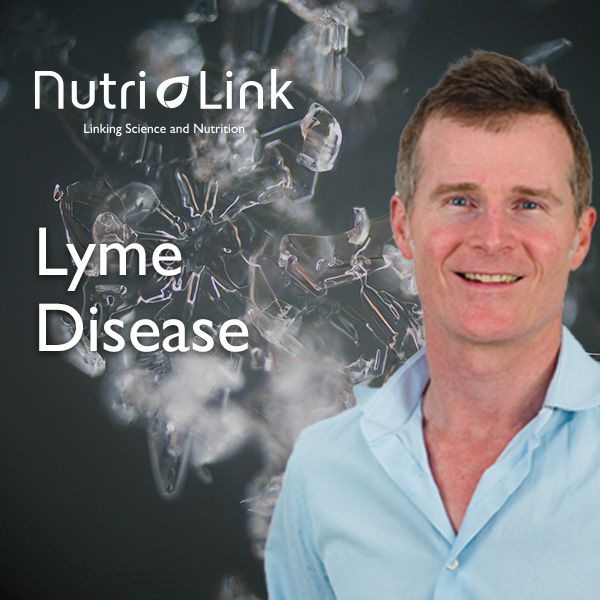 Skip to the beginning of the images gallery
NEW

This information is for education purposes only. Patients should consult with a qualified healthcare provider before making decisions about therapies and/or health conditions.
Food supplements should not be used as a substitute for a balanced and varied diet.
WEBINAR: Probiotics by Antony Haynes [Recording] Next

Lyme disease is caused by Borrelia, a spirochete bacteria. It is the most common tick-borne infectious disease in the northern hemisphere and there are multiple strains of the bacteria. Lyme disease is endemic in many parts of the United Kingdom, particularly in woodland or heath-land areas but disease carrying ticks can also be found in cities and gardens.

By far the most common form of transmission of Borrelia is a bite from an infected tick, although it is possible that other biting insects (mosquitoes and spiders) could also transmit Borrelia. Other modes of transmission include congenital transmission from mother to baby.

There are many symptoms associated with Lyme disease but most common are malaise, flu-like symptoms, achiness, cognitive problems, fatigue, stiff neck, numbness and tingling, but there are many more.
There is much unknown about this complex condition and controversy accompanies the subject. Antony sheds light on what lab tests are accurate and helpful to confirm the presence of Borrelia and co-infections and what natural treatments have demonstrated effectiveness.

NEW
Webinars
WEBINAR: Thyroid Hormone Function 7th September 2022
£0.00
Practitioners/students only.
We found other products you might like!