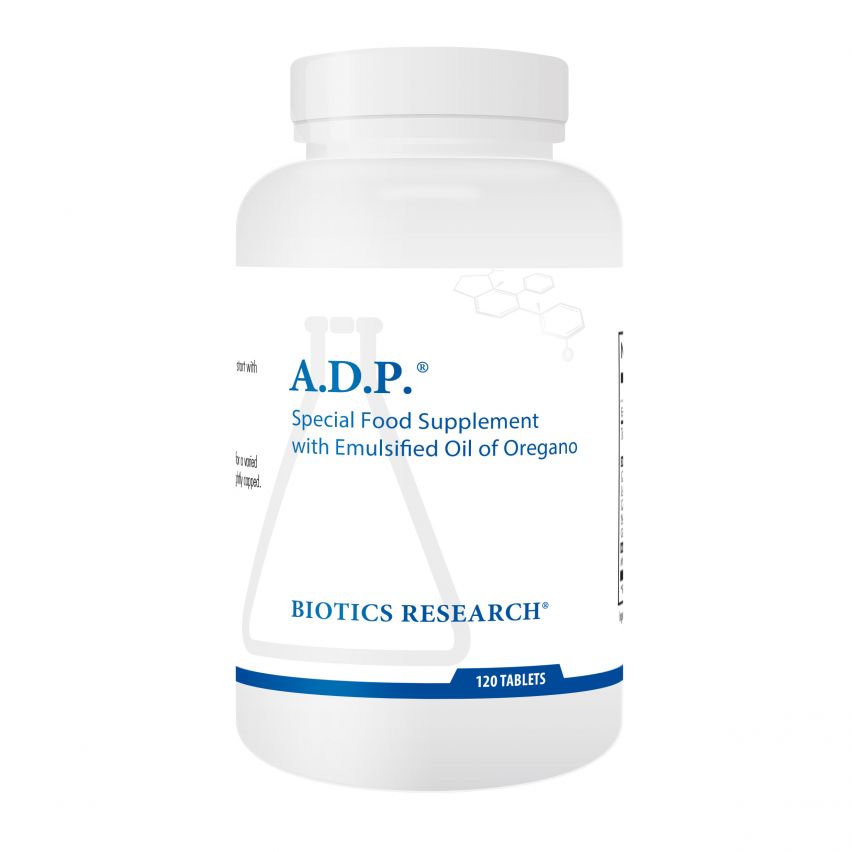 Trustpilot
£47.42
In stock
SKU
BR1104
A.D.P.® supplies a standardized oregano extract which is emulsified and processed in a sustained release form for optimal effectiveness. This statement has not been evaluated by the Food and Drug Administration. This product is not intended to diagnose, treat, cure, or prevent any disease.

Add to Wish List
Share
Facebook Twitter Pinterest
This information is for education purposes only. Patients should consult with a qualified healthcare provider before making decisions about therapies and/or health conditions.
Food supplements should not be used as a substitute for a balanced and varied diet.
Chlorella Caps x 180 Capsules Next

Patented emulsified Oil of Oregano in sustained release form. Biotics Research Corporation is widely recognised for its emulsified fat-soluble nutrients and other lipids, microemulsified with the practical objective of increased absorption and bioavailability. This technology has now been applied to the oil of oregano. By emulsifying oregano extracts, the effective surface area of the oil is dramatically
increased.

An additional step was to apply a sustained release mechanism to A.D.P., assuring a slow release throughout the digestive tract. The combined effect of emulsification and sustained release is to enhance intestinal exposure to the essential oil.

PATENT ISSUED
The patent has been issued (#5,955,086) for the "eradication of intestinal parasites and amoebas in humans."

Why support the digestive tract with supplements?

Unwelcome guests in the human gastrointestinal tract are more common and have a much greater negative impact on health than is commonly recognised. These bugs range from bacteria and yeasts to parasites and amoebas, hence the need to address these imbalances with anti-microbial agents. Nature contains many different anti-microbials and oregano oil extract, containing the active ingredient of carvacrol, is one of these. It has a broad range of action addressing many different species including B. Hominis but the list includes and is not limited to: Listeria monocytogenes, Giardia lamblia, Staphylococcus aureus, Escherichia coli O:157:H7, Yersinia enterocolitica, Pseudomonas aeruginosa, Aspergillus niger, Geotrichum (yeast), Rhodotorula (yeast), Entamoeba hartmanni, Entamoeba histolytica, Endolimax nana.

Not recommended for pregnant or lactating women.

One (1) tablet with meals and at bedtime as a food supplement. Do not exceed recommended daily dose. Not to be used as a substitute for a varied diet.

Caution: Not recommended for pregnant or lactating women.

A.D.P.® supplies oregano oil which is emulsified and processed in a sustained release form for optimal effectiveness.

This product is gluten and dairy free.