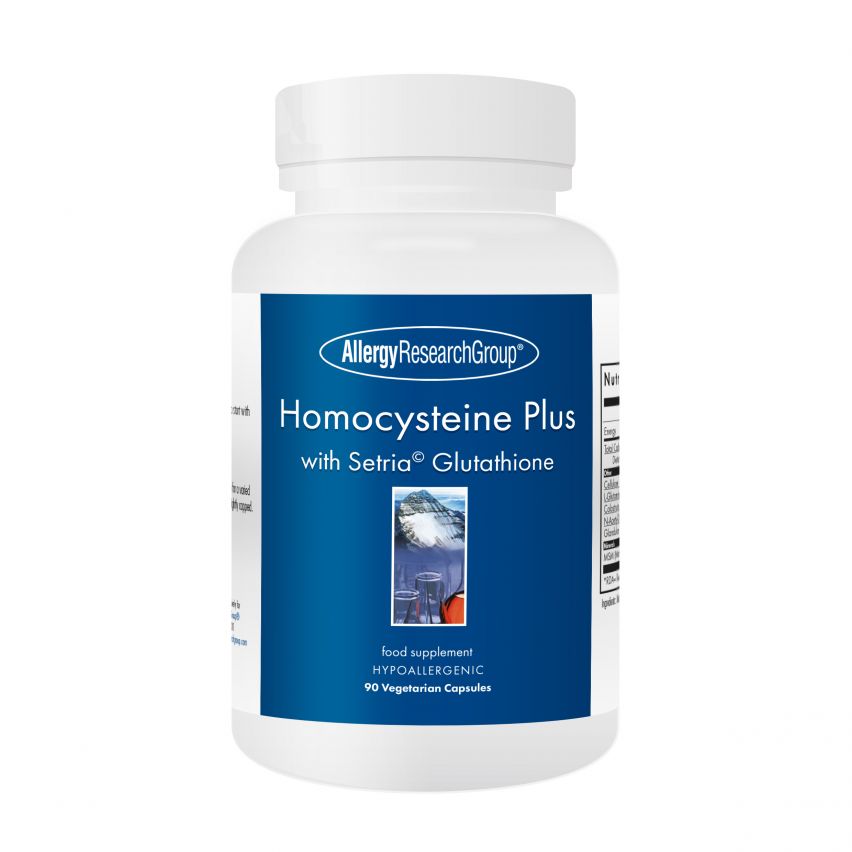 Homocysteine Plus is an updated version of the original Homocysteine Metabolite Formula, which provided the primary nutrients known to be necessary for the breakdown of homocysteine into methionine and other metabolites: vitamin B6 as pyridoxine and pyridoxal- 5’-phosphate (P5P), vitamin B12 as methylcobalamin, folate as 5-methyltetrahydrofolate (5-MTHF), trimethylglycine (TMG), and L-serine. Homocysteine Plus enhances the formula with vitamin B2 as riboflavin-5-phosphate, Setria® Glutathione, zinc, and increased amounts of activated pyridoxal-5’-phosphate.

Notify me when this product is in stock
Add to Wish List
Share
Facebook Twitter Pinterest
This information is for education purposes only. Patients should consult with a qualified healthcare provider before making decisions about therapies and/or health conditions.
Food supplements should not be used as a substitute for a balanced and varied diet.
DHA Fish Oil Concentrate 300mg x 90 Soft Gels Next

Normal homocysteine levels have been associated with cardiovascular and cognitive health, normal metabolism, and a healthy mood. Homocysteine may affect all other methyl and sulphur group metabolism processes either directly or indirectly.

Homocysteine is metabolised from the essential amino acid methionine. To prevent excess homocysteine accumulation, the body can degrade it through two pathways of liver detoxification, transsulphuration and remethylation. The transsulphuration pathway requires both pyridoxine and P5P as well as serine, and the remethylation pathway can involve methylcobalamin (the active form of B12), S-adenosyl-methionine (SAMe),5-methyltetrahydrofolate, zinc, and trimethylglycine.

TMG has been shown to be helpful when other nutrients did not improve elevated homocysteine levels. TMG can stimulate remethylation of homocysteine to dimethylglycine in some situations. Additionally, TMG’s methyl donating activity is crucial to liver function and detoxification, and TMG may protect against chemical and alcohol-related damage to the liver.

Recently researchers noticed that homocysteine is highly responsive to riboflavin.

Foodstuffs in North America are commonly fortified with vitamin B2 but are not in Europe, and a specific subset of European individuals with the MTHFR 677 TT genotype was found to have elevated homocysteine levels because of the lack of the riboflavin cofactor.

In a recent study, it was found that supplementing with zinc can reduce serum homocysteine and increase vitamin B12 and folate concentrations in individuals with certain types of blood sugar conditions.

As a food supplement, 1 capsule daily with food.