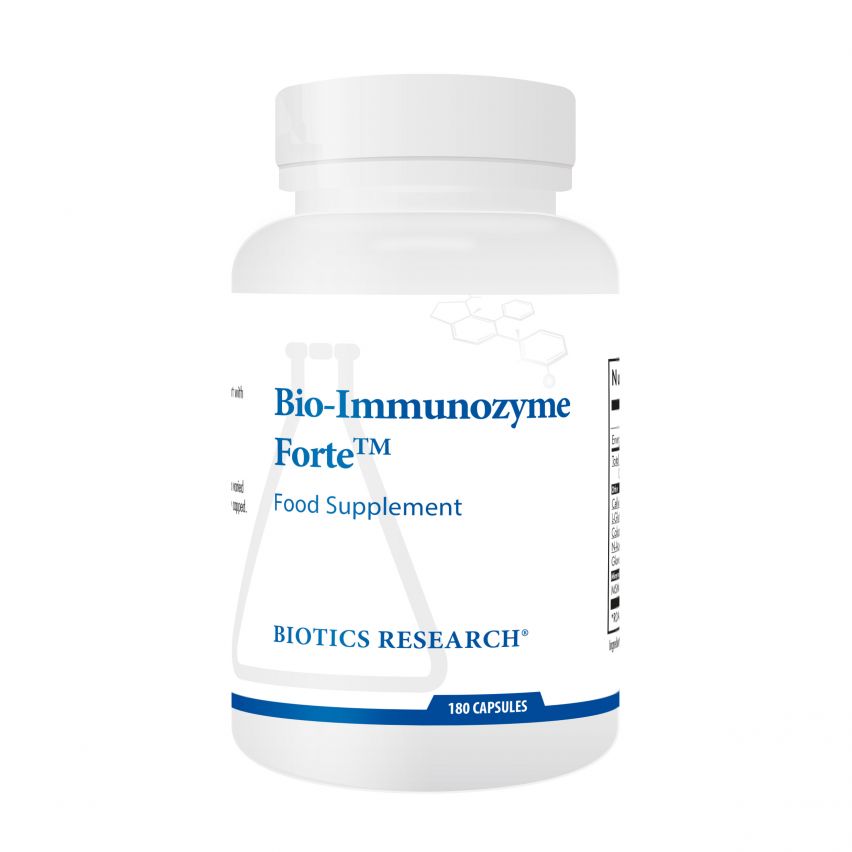 Skip to the beginning of the images gallery
Antioxidants

Trustpilot
£74.80
Out of stock
SKU
BR6301
Bio-Immunozyme Forte is a unique, broad-spectrum formula which may be used in lieu of a general multiple vitamin. It consists of a variety of nutrients and factors which supports healthy immune function.

Notify me when this product is in stock
Add to Wish List
Share
Facebook Twitter Pinterest
This information is for education purposes only. Patients should consult with a qualified healthcare provider before making decisions about therapies and/or health conditions.
Food supplements should not be used as a substitute for a balanced and varied diet.
MCS®-2 x 90 Capsules Next

Details
Bio-Immunozyme Forte™ is a unique, broad-spectrum formula which may be used in lieu of a general multiple vitamin. It consists of a variety of nutrients and factors which support healthy immune function. Vitamin C and bioflavonoids have been well documented in their support of healthy immune function via the immunological activity of leukocytes, interferon, and inflammatory reactions to promote resistance to infection. Neonatal thymus gland concentrate is one of many nutritive elements which support neutrophil production and cell mediated immunity. Cell mediated immunity is crucial in the body’s resistance to yeasts, fungi, parasites, bacteria, and most importantly, viruses, because it is a frontline defense that does not require antibody production. Zinc, an essential cofactor for over 70 enzymes, is of vital importance for the highly proliferating cells of the immune system, particularly monocyte and macrophage function, as well as affecting the number and activity of neutrophil granulocytes and natural killer (NK) cells. Vitamin A maintains a distinct action on cellular immunity. In addition to its role in the support of mucosal surfaces, it also aids in maintaining lymphatic tissues, and in antibody production, particularly that of secretory IgA. Another antioxidant with marked effect on immuno-activity is vitamin E, which in addition to its protective effects on gastric mucosa, has been shown to improve immune responsiveness, as evidenced by a decrease in lipid-peroxidation, ie. PGE2. Other ingredients in Bio-Immunozyme Forte™ include: L-Lysine, Echinacea, Capsicum annum, Chlorophyllins, methyl donors and Lactobacillus acidophilus (DDS-1)
Label

Two (2) capsules each day as a dietary supplement or as otherwise directed by a healthcare professional.

Caution: Not recommended for pregnant or lactating women. Contains an ultra-trace amount (<0.001 ppm) of milk constituents which are used in the fermentation of probiotic ingredients.

This product is gluten free.